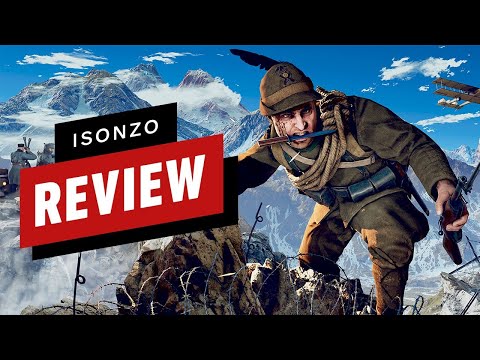 Isonzo reviewed on PC by Luke Winkie. Also available on Xbox and PlayStation.

Isonzo is an eminently approachable World War One game. The firearms and technology might be ancient by modern standards, but anyone who’s played a modern first-person shooter can easily start storming the Dolomites and picking off headshots as soon as they boot it up. Developer Blackmill keeps it fast and loose with its historical touchstones, to the point that you can swig from a canteen to give your warfighter a quick stamina buff. It’s more historical fantasy than recreation, and most of its turn-of-last-century touches are revealed to be skin deep. That’s fine, since it allows you to fully participate in battle without knowing who killed Archduke Franz Ferdinand or being able to find the Austro-Hungarian Empire on a map, but it’s all too easy to forget about the time period you’re in and focus on popping off headshots to climb the score board.