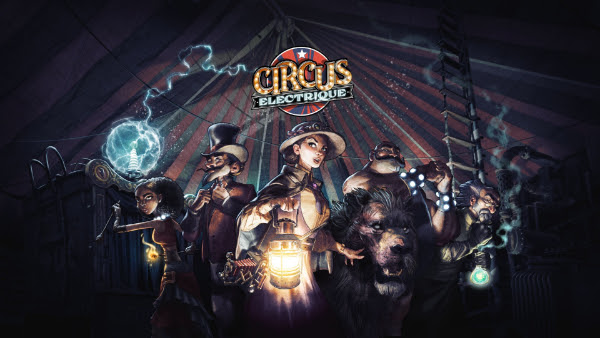 Zen Studios may be best known for delivering the finest pinball experiences to the gaming world, but a partnership with Saber Interactive gives them the chance to try their hand at something a little different. And different is certainly what Circus Electrique is.

Circus Electrique will give you the chance to lead a carnival of heroes as you go about trying to save steampunk Victorian London, as 2022’s most unique turn-based tactical RPG draws you in.

Should you step up and roll up to Circus Electrique, then you’ll be treated to a tale that focuses on a mysterious event – The Maddening – as it turns everyday Londoners into violent killers. Only the circus’s dazzling lineup of Strongmen, Fire Blowers, Clowns and other astonishing performers can save the day.

Named for the greatest show in Victorian London, Circus Electrique will play out as part story-driven RPG, part tactics and circus management game – all mixed in with a steampunk twist. It’ll have you attempting to defend the city with the unique talents of your carnival crusaders, as you recruit new entertainers, strategically juggle their positioning and abilities in battle, and more, all while keeping the circus up and running with new shows.

Your unlikely heroes will face off in tactical turn-based battles against Bobbies and British Sailors gone bad, aggressive Posh Girls, the occasional menacing Mime or Robobear, and other over-the-top Victorian archetypes across six sprawling districts. The game’s intricate Devotion system influences your characters’ morale and performance both in battle and in the actual circus shows you’ll manage.

The key features of Circus Electrique include:

Hopes are high for this one, if only as Zen Studios rarely miss a beat with their releases. We’ll be sure to let you know when Circus Electrique launches on Xbox One, Xbox Series X|S, PS4, PS5, Nintendo Switch and PC come September 6th 2022. We’ll get a full review out there when we can too.

Until then, The Amazing American Circus will be ready to entertain you.