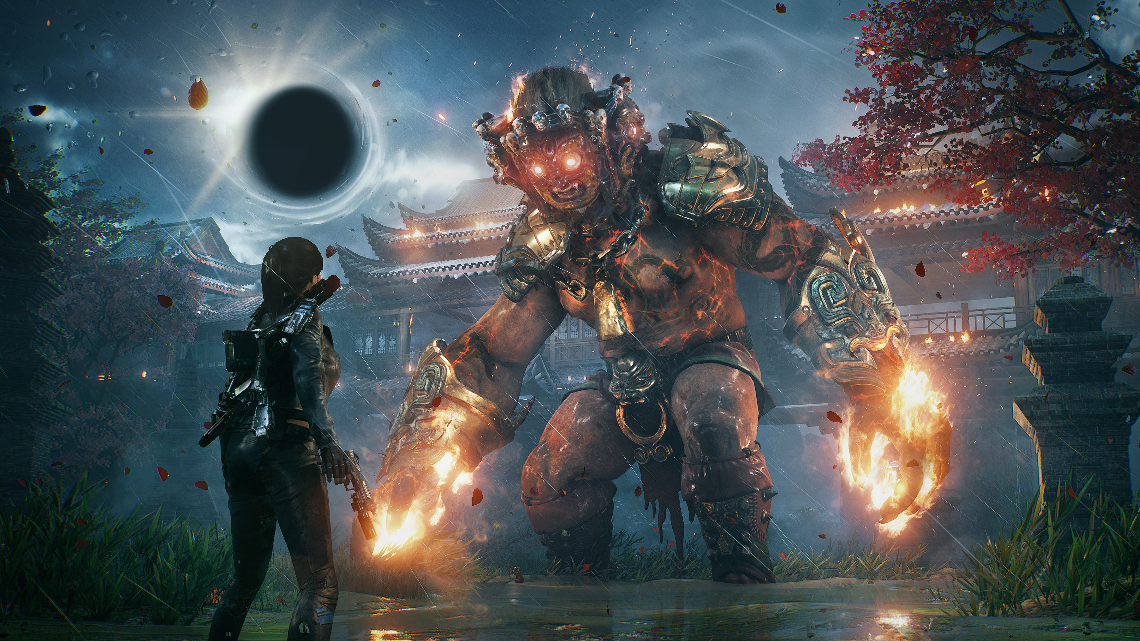 Bright Memory: Infinite is a game with a number of different distinctions to it. For many, it was the first game we ever saw running on an Xbox Series X, dating back to its reveal. Moreover, these thoroughly impressive visuals came from a small team at FYQD Studio. And when I say small, I mean a good chunk of the development was by one guy. That small.

We got our first taste of the game when Bright Memory 1.0 launched with the Series X. Needless to say, it certainly wasn’t the game many were hoping for. But after some extra development time and an overhaul of everything from the mechanics to the story, Bright Memory: Infinite has finally launched on Series X. While 1.0, a PC launch last year to tepid reviews and the game no longer being Xbox exclusive (although this fact is disputable in the first place) certainly took a lot of wind out of its sails, the game can now be played from start to finish. But is it any good?

Yes. The answer, thankfully, is yes. No matter how you slice it, Bright Memory: Infinite is leaps and bounds better than its predecessor. From the mechanically solid gunplay to the stunning graphics to the strong performance (very few frame drops, only one game freezing bug and none of 1.0’s notorious screen tearing), Bright Memory: Infinite is a great step in the right direction. However, this comes with a rather major set of caveats, which we will get into.

Beginning with the gameplay, Bright Memory: Infinite is a fun mesh of the first-person shooter and character action genres. You will be slicing, dicing and shooting your way through hordes of anachronistic enemies with style, laying waste to everything in your path. No matter how you… slice it ;), Bright Memory Infinite is a really fun time. Every weapon from the shotgun to the AR feels exactly as it should and the melee combat is surprisingly competent. You also have a range of special abilities and sub-ammos that can be upgraded via an in-game skill tree. Nothing here will blow you away, but everything feels as it should.

Moving on to the story, wait… honestly, let’s not. The story here makes absolutely zero sense. None. Zip. Nada. However, from what I can surmise, you play as the heroine Shelia, an… exosuited secret agent in a plot to save the world from a flood brought about by a zombie emperor with a magical black hole???? Yeah, it makes very little sense, and while this is far from a deal breaker, it is a letdown. To the credit of the cast, however, they do the very best with what they can do. Eagle-eyed (or is that eagle-eared?) gamers will recognize Shelia’s voice as Shelby Young’s, a VA with an impressive CV and an incredibly good YouTube channel.

Continuing with the technical aspects, as mentioned this game is undeniably a looker. From the strong environmental work partially modelled after real locations in China to the impressive particle and raytracing effects, the game looks great. Character models do suffer from Barbie Doll face syndrome, but on the whole, this is a really impressive-looking game. The sound effects are rock solid too, and as mentioned, the VA work is great. Interactivity with the environment is minimal, but this is certainly understandable given the size of the team.

However, it is also important to mention that Bright Memory: Infinite is a fairly short game. You can complete it in around ninety minutes to two hours, and it isn’t exactly infinitely replayable. Given the length of the game, I do think the £16.74/$19.99 price is a little excessive, especially given the lack of multiplayer and further add-ons. However, gamers who purchased Bright Memory 1.0 will get a discount. A nice touch, if a tad underwhelming since those who purchased 1.0 on PC got Infinite for free.

With all of this being said, there is a lot to like in Bright Memory: Infinite. It is a graphically impressive marvel that is a marked improvement over its predecessor. The story is hard to follow but the gameplay more than makes up for its shortcomings. From the solid gunplay to the fun genre mashups, Bright Memory: Infinite is undeniably a fun time.

However, more than any of this, it is also an incredibly promising calling card for FYQD Studio. Some of the greatest developers, from Naughty Dog to Ninja Theory to Bethesda to Id started from similarly humble beginnings, and their first steps were not as impressive as this. With time and lessons applied, FYQD could become one of gaming’s next big success stories. Time will tell where their journey will go, but for now, I am most certainly rooting for them. To quote Emperor Palpatine “We will watch your career with great interest“.

Bright Memory: Infinite is available from the Xbox Store for Series X|S

Be the first one !