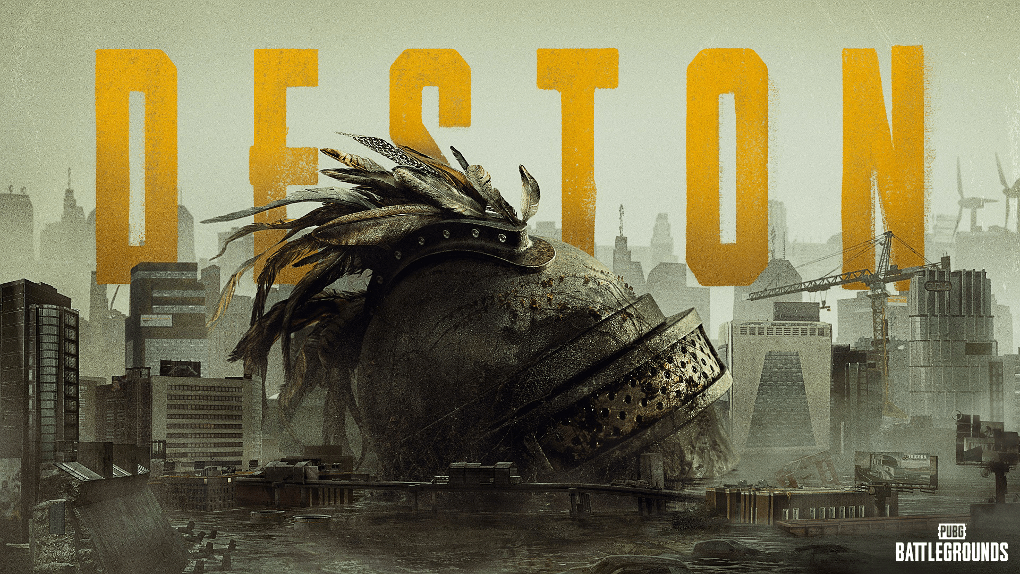 Now boasting an impressive nine maps for players to battle to the death on, PUBG is just getting bigger and bigger. And they don’t come much bigger than Deston – a new 8×8 map that is launching alongside the game’s 18.2 update. But there’s more and you can also expect some new graphical options for Xbox Series X|S and PS5.

Whilst PC players have already been enjoying the 18.2 update and the new features it includes (more on that later), today is the day that us Xbox and PlayStation fans can get in on the action. Alongside other major land masses such as Miramar and Erangel, Deston is another of the largest maps the battle royale has to offer, ensuring that players can drop in and (hopefully) spend a bit more time looting before they get into some serious fire fights. Or, at least, that’s the plan!

Deston truly is diverse, playing host to mountains, urban settings, islands, and a number of coastal areas to traverse in the brand new airboat vehicle, that can be deployed across both land and sea for up to five occupants.

Verticality is another key buzzword with this new update, and the development team have catered for this by adding Ascenders and ever-present Parachutes to allow players to quickly zip up buildings, and gracefully descend back to the floor.

Further to all that come new expanded graphical options for PS5 and Xbox Series X|S, which now support resolutions up to 4K, frametrates up to 60fps, and the ability to switch between FXAA (Fast Approximate Anti-Aliasing) and TAA (Temporal Anti-Aliasing).

PUBG is free-to-play on Xbox, PlayStation and PC – for the former, head on down to the Xbox Store to pick up a copy, but not before reading our full review first!